She was the littlest kitten, with the shortest tail and the brightest eyes. Her world was just as small as ours, within the walls of a display case that separated the sidewalk from the shelter. We had all been thrown away, our hearts broken by others who had promised us all of the things we could have lived without. Unwanted and hardly cared for, we moved in circles for there was nowhere left for us to go. The bell above the door would ring and people would come and go as they pleased. There were those that would stay for a short while, play with us, but would leave again. We had no idea know why. Perhaps our hair was much too thin, our eyes too dark, or our ears too low. What we knew of love was something that was only temporary – fleeting.

Day after day, we would sit in that case, tending to our scars and watching others pass us by. There was nothing else for us to do but watch. Once in a while, people would stop by to look at us. They would smile and put their hand on the glass, attempting to make a connection. The others and I would move back quickly, remembering the distant pain that led to our unattractive scars. We would bury ourselves into the corners so as not to let them see.

She had scars too, maybe more than most of us. We were all alike, really. Our eyes were wet from lonely tears and our voices were tired from reaching out. But when those fingers would touch the glass that separated us from the outside world, she would elate herself. With a hopeful smile, she would navigate around us as we ran away. Moving closer to the glass, her paw would reach up, towards the hand that rested there, as if giving a reply.

This hand was not like the others, though. In some strange way that was unbeknownst to us, she had found the one who had been looking for her. The hand disappeared almost immediately, as we all could have expected, but then entered with the sound of the bell. With that, she was gone. He had taken her away and given her a home where she was cared for and loved.

But she never forgot. Every now and then, they would come and see us; their eyes filled with joy and adoration for each other. And each time she left, she took a part of us with her: a part we had given completely and without reason: a part that yearned for what she had. We gave her our hearts and dreams, hoping she would know better what to do with them than we did. 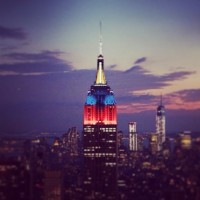 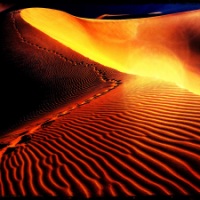